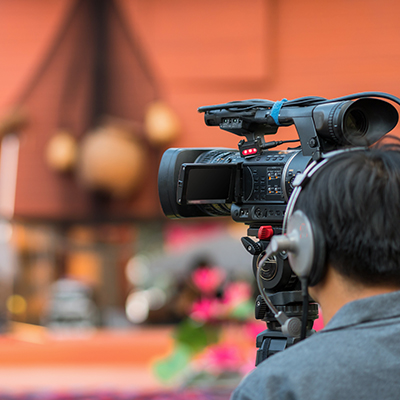 Video Agency - What is it?

The video production industry is a beast that continues to change. The impact of the video production agency on marketing is shifting and advertising agencies strive to deal with the demands of this ever-changing world of business. The economic slowdown has put pressures on advertisers to reduce costs. But cost reductions are only part of the story. The industry is changing in creative and production.

Do you need an agency?

The key difference between an advertising agency and a film production company has moved. This is due to the rise of digital content. The internet has changed the relationship between companies and the customer which has shattered the monopoly ad agencies had on creative marketing. Video production companies are now able to offer complete marketing solutions, with production, creative and strategy all done in-house. Effectively an all in one agency.

The rise of online video has allowed video production companies to carve out a market advantage over traditional advertising agencies. Social media platforms have meant businesses need more and more channels to fill with new content. This need has driven the market for more affordable video content. It appears that the old advertising agency world has recognised the threat it faces. They have created their own production units. This trend is called full service agencies like us here at South West Film.

The trend to move production and marketing in-house has been driven by the rise of digital, as well as the need for fresh video content this has generated. This trend has seen big brands take ownership of their own creative strategies, effectively removing the agency. Advertising agencies will react and change but either way, it is an exciting period for video production companies.

As an advertising agency, one of the first questions a potential advertiser will ask is how much does it cost to advertise on TV? There is no simple answer as the cost depends on a wide range of factors such as budget, target audience and programme specific marketing. Essentially, there are two areas of advertising costs. First there is buying...

How to Choose a Video Company?

The type of corporate video you produce is vitally important to your overall success. If you believe you can simply grab a camera and shoot the video yourself, you will be hugely disappointed. In order to produce a high quality corporate video depicting the ideology and views of your company, you will need a professional. So choosing the right...

You see it everywhere. Viral videos on YouTube and TikTok, videos from businesses that are putting themselves out there and showing the world both what they have to offer and the sense of wit that lingers behind their business image. But for many businesses, the question is how to utilise viral marketing so that you can create viral content that...